In an effort to study the role of failure and prototyping in learning, two researchers turned to the classic egg drop experiment used in K–12 science classes around the United States. Students are put into groups, and they must build some sort of protective device to protect their egg from an increasingly higher drop.

Yet, in this experiment, the researchers created two sets of groups. One set of groups was given a single egg to use for the preparations. The other groups were given an entire carton of eggs. As you might expect, the groups with one egg put much more time and planning into creating a protective device. The other groups with a carton of eggs, however, started creating and testing prototypes right away. They would come up with an idea, create a prototype based on the idea, and then test it out. Based on how the test went, they would revise the prototype or perhaps try something completely different. So, given these two approaches, which groups do you think performed the best? It turns out that the group that was able to create and test prototypes far outperformed the other groups, managing to keep their eggs safe from drops that were, on average, two feet higher.

Notice that the students with a dozen eggs were provided with a context where they were free to practice and test their ideas out without a significant consequence. They were given room to test their ideas, to refine their thinking, and to learn from their practice. They didn’t get graded on every iteration, practice, or prototype. Practice was just that, a way to improve their thinking and skill.

Failure Was a Form of Learning

In addition to practicing, these students had a chance to fail and learn from their failures. Again, failure was not penalized for the group with a dozen eggs. In fact, students were set up nicely to learn from their failure, even to use failure as a tool for learning. This experiment showed the benefit of turning failure into a safe thing, a low-risk endeavor. The groups with one egg had too much to lose, so they didn’t get to learn as much from failures.

Notice how the groups with a dozen eggs were set up to learn through problem solving. They were not just given the right answer to memorize. They had to experiment and solve the problem. By doing this sort of thing, we can increase student engagement and increase the chance of students remembering the lessons. Of course, lessons prior to and after this experiment could be great opportunities for the teacher to clarify key lessons and concepts, but this problem-based approach was a great way to involve students even more deeply in the learning.

What about Our Classrooms

Of course, this leads me to think about all of our classrooms. How can we set up lessons and learning experiences that are the equivalent of giving students a dozen eggs? How can we encourage problem-solving, learning through failure, and benefiting from engaged practice? I suspect that we can use this same concept in pretty much any content area and grade level. 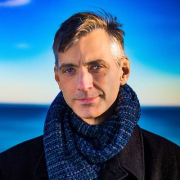