Ever since the fall, we have found evil in the world. Satan has dug his claws into every single one of us and asked the question, “Did God really say?” He takes a bit of what God has said and twists it, making it seem as though God has given the green light to sin. He did it to Eve (Genesis 3:1) and he did it to Christ (Matthew 4:6). Satan does this today. It is his best and only trick. He wants you to believe that Christ is someone else and that God has said something that He has not.

How in the world can I help my kids grow up and be strong in the faith and contend for the truth of Scripture? As a parent, it’s my biggest fear. It is what keeps me up at night when I worry for my children. The honest answer is that I cannot. Only God’s Word can do that. But therein lies the answer. We surround our kids with God’s holy and precious Word and its truths.

The Second Commandment
You shall not misuse the name of the LORD your God.
What does this mean?

We should fear and love God so that we do not curse, swear, use satanic arts, lie, or deceive by His name, but call upon it in every trouble, pray, praise, and give thanks.

The Second Commandment tells us several things. So often, we focus on the prohibition against using God’s name in derogatory ways. Using God’s name in coarse language, flippantly throwing it around, or cursing someone else with it are all ways we misuse His name. And we rightfully teach and guard against this sin. But how many times do we consider the other way in which the Lord’s name is misused? I’m talking about the way Satan misuses the name of the Lord when he asks, “Did God really say?”

One of the questions in the back of Luther’s Small Catechism with Explanation helps frame this type of misuse:

33. What is lying and deceiving by God’s name?

Lying and deceiving by God’s name is

Our first reaction to reading this is, “I never do that! I don’t teach false doctrine or participate in that.” It is the reaction I have inherently. But let’s peel the layers back a little bit and see where we stand on this.

The World of Christian Entertainment

The world of entertainment is rough. It is hard to find a movie to take your children to that is wholesome and not full of vile language and secular propaganda. The second we see a Christian film coming out, we tend to rejoice in something that we can finally enjoy with our family. You take your family to see the movie, everyone has a great time, and they walk out of the theater happy and glad they went.

As you sit back and reflect on the movie, you know that there were things that you disagree with in the film—things like decision theology, personal revelation, or universalism. You brush those things to the side, though, because the movie was not crude and it was family friendly.

Was it, though? Was it family friendly?

A recent post on The LCMS blog about The Shack really called this to my attention. Without going into too much detail, let’s just say that the theology the movie presents is less than accurate. You can read the post to see what I mean.

The question we must ask ourselves is this: is legitimizing false doctrine any worse than watching a gory, vile movie with coarse language? Neither is edifying or good. We must understand that, at the core, this is Satan at work doing his old trick. Anytime we see a false representation of God, Satan is digging his claws in to try to drag one more soul to hell. To get someone to ultimately question their faith and ask, “Did God really say?”

It is understandable why we don’t equate these movies with being inherently bad. They typically don’t contain the content that our worldly eyes turn away from: gratuitous sex scenes, current cultural norms, and terse language. As parents, we let down our guard. We tell ourselves we’ve finally found something that we can be okay with our kids watching, and we can put our filters down and relax.

However, over the years I have found the backlash that people receive when criticizing movies like The Shack, the God’s Not Dead series, or War Room, to be interesting, but not unexpected. Nobody likes to have the mirror of the Law pointed at them. In our own sense of self-justification, we recoil. The old Adam hates to have his sin confronted. Our inner self hates the criticism thrown at the movies, because if the criticism is true, then what I thought wasn’t sin, is sin.

Don’t take what I’m saying as, “If you go see a movie like The Shack or War Room you have sinned.” That’s not what I’m saying. But I am saying that to buy into the false doctrine that is displayed in these films is a sin. I’m saying that if you don’t have your guard up, you will be tempted into following a false idol. I’m saying that if you expose your kids to the false doctrine presented in these movies, you must call out the errors that they saw, and build up their apologetic for why it is wrong. Remember, Satan’s first, best, and only trick: “Did God really say?”

If you find yourself convicted by this, take it to the foot of the cross and be absolved. Confess your sin and rejoice in the salvation that Christ has won for you. You are no different than the rest of us (Romans 3:23). Take heart in God’s promise to you (Romans 3:24).

God’s blessings as you teach your children the faith that was once for all delivered to the saints (Jude 1:3 ESV). 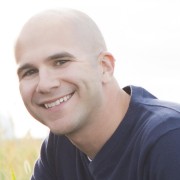 Joe Willmann is the Senior Instructional Designer for Concordia Publishing House in St. Louis, MO. A former teacher and administrator, Joe has a passion for education and learning theory. He earned his Bachelor's Degree from Ball State University and his Master's Degree from Concordia University - Ann Arbor. He lives with his wife, Nicole, his daughter Ava, and his son Carter. You can read his latest posts here.

The latest from Teaching the Faith at Home:

The Joy and Challenge of Summer Vacation