During an uncharacteristically slow week, my pastor husband was cleaning out an old storage closet in his office and came across some copies of The Lutheran Witness dated 1959. I don’t even want to surmise what other vintage items might be lurking in his office closet, but I must admit, I was rather intrigued by looking at this snapshot of our Synod from a previous century. As someone with a long-held interest in ministry with people who have various special learning needs, the cover of the February 24, 1959, issue particularly caught my eye. The headline read, “Lutheran Students of World’s Only College for the Deaf.” Inside the magazine, I found two articles about how our Synod was sharing the Gospel with students who are blind or deaf. These were not articles about new ministries but about well-established and robust mission work going on in the LCMS at the time. We can certainly be proud of the long history that our church body has in these ministries; however, just as the photographs and language of these 1959 articles feels very outdated, some of their ministry descriptions have that same strong sense of being out of style.

But wait—sharing the Gospel should never feel out of style, right? Isn’t that the point of this blog, to share ideas about reaching every child? Yes, all that is true, but just as we wear different clothes and hairstyles today than we did in 1959, we also have some different understandings and practices when it comes to reaching out with the Gospel to children and adults with special needs. In the 1950s, our nation’s understanding of helping people who were blind meant teaching Braille, and communicating with people who were deaf meant using American Sign Language, all in separate settings away from the rest of the population. As a church body, we understood, rightfully so, that a big part of sharing the Gospel with people who are blind has to do with producing Bibles, hymnals, and Sunday School materials in Braille. Telling the Gospel to those who were deaf meant teaching and preaching in American Sign Language. Some of those ideas still hold true today, but our understanding and practices have also expanded much farther beyond that.

Just as society as a whole has progressed in so many areas of teaching, learning, and communicating, so also we have made progress in regard to our understanding of people with special needs. No longer does having a disability, either visible or invisible, relegate you to a life lived only within the confines of your own home, institution, or small community. In 1954, the Supreme Court ruled in the landmark case Brown v. the Topeka Board of Education that separate does not mean equal in regard to education. While this court ruling did not deal specifically with people with disabilities, the ruling has had a far-reaching influence on the education of students with special needs and in society in general. Thanks also to the passage of the Education for All Handicapped Children Act in 1975 (later retitled and reauthorized as IDEA) and the Americans with Disabilities Act in 1990, our country has been on a path that seeks to give people with disabilities the same opportunities to participate in society as anyone without disabilities. These legal changes in our country have also influenced how we reach out and include people with special needs in our churches and Lutheran schools. Once again, God uses the civil realm to further the heavenly realm.

Back in 1959, when that issue of The Lutheran Witness first appeared, some terms that we consider in common usage today hadn’t even been coined yet. It wasn’t until 1963 that Samuel Kirk first used the term “learning disabilities.” “Attention Deficit Disorder” was not used in the DSM-III (Diagnostic and Statistical Manuel of Mental Disorders) until 1980. While “Autism Disorder” replaced “infantile autism” in the 1987 DSM-III-R, it wasn’t until 2013 that the DSM-5 began using the term “Autism Spectrum Disorder” to group all subcategories of autism into one umbrella diagnosis. Of course, we have long abandoned the use of the word retarded, and other more derogatory terms, because of the negative and hurtful connotations associated with those words.

Within our Synod, we still have specialized ministries directed toward and with people who are deaf and people who are blind, but we also recognize that this is just the tip of the iceberg. Very often, students who are deaf or blind no longer participate in programs that are only for students with their specific area of special need but are included with other students their same age without these impairments. Students with all types of special learning, behavioral, and physical needs regularly attend our Lutheran schools and participate in the educational ministries of our Lutheran churches. Sometimes we know about these special needs and have intentional programs in place. Sometimes we don’t. In some situations, we do a terrific job of meeting the needs of those students and sometimes we don’t. We are all, teachers and students alike, imperfect humans on this side of heaven in need of a Savior.

I enjoyed looking at the snapshot of the past in that old issue of The Lutheran Witness. Even more though, I look forward to highlighting ways in which we move forward into the future with the Gospel message to all learners. I hope that as we go along in this blog, you’ll share with me some of the unique and successful ways that you have reached out to every child with the love of Jesus in your place of ministry.

A few resources available in our Synod today: 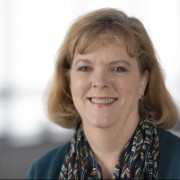 Lisa Krenz is an editor at Concordia Publishing House. She has almost thirty years of experience in Lutheran schools as a special education teacher, consultant, and parent. Even though it’s taken many forms, reaching every child with the Gospel has been her passion from the beginning. She lives with her husband, Stephen, and two teen-age children, Joel and Anna, in Hoffman, Illinois, where her husband is pastor of Trinity Lutheran Church and School. You can read her latest posts here.

The latest from Reaching Every Child:

Resources for Using the Small Catechism with Students with Special Needs